Years, ago, when I was young, I studied for and was awarded an amateur radio (ham) license. Call sign KC2GQP was on the air. As a reward for this achievement, my Dad bought me my first ham radio - an Icom handi-talkie. I was so proud to have my radio, and to get to use it. It came with a stubby rubber-duck antenna, a Nickel Metal Hydride (NiMH) battery and had a fancy joystick button setup on the front.

The IC-T81A handheld was actually a quad-bander, and was also the first portable radio to support four separate bands, if I recall correctly. It was introduced in 1999, and supported the following bands:
* 6 meters
* 2 meters
* 70 centimeters (440MHz)
* 23 centimeters (1.2 GHz)

I used mine for quite a long time, and really enjoyed it. I swapped out the stock antenna for a more effective dual band whip antenna. Unfortunately, fairly early on, the built-in charging jack started to get quite loose. I babied it for a long time, turning the plug just so in order for it to make contact and charge. Eventually it just gave up, and I switched to a third-party NiMH battery pack charger. I'd remove the pack, and charge it on the charger. Do that enough times, and you'll wear out the plastic hinge that holds the battery pack in place, but it worked for awhile.

Now, all these years later, I was sick of seeing the old radio sit in a drawer, and so I decided it was time to fix it. Thankfully, radioparts.com had the correct jack - after some cross-referencing and research, I was able to find the right part number. You can also get third-party replacement batteries - on Amazon, of all places.

The radio itself is fairly hard to open up - remove the battery pack, and remove two small screws on the back, near the bottom. Also remove the antenna, dial knob, and rubber waterproof seal for the mic and headphone hacks. There's a threaded clip that screws down on the antenna connector. With those off, the case should come apart.

Once the front cover is off, the red waterproofing ring needs to be removed. It just flexes off the set. The radio is made up of two boards, and the power jack is on the bottom board. Removing the top board involves unscrewing the three screws, AND desoldering the rotary encoder. There is not enough room to move the top board with the rotary encoder in place. On my unit, the solder for the encoder looked shinier and appeared to have been hand-soldered into place when the radio was built. I carefully desoldered the four connections for the encoder, and was able to remove the top board.

With the top board off, I could see my target. The original power jack had completely broken off the board, and so it fell right off. I needed to access the reverse side of the bottom board, in order to clean up the holes and solder the new jack into place. This involves more screws - AND desoldering the antenna jack. Again, this appeared to be hand soldered into place as the radio was assembled at the factory. No wonder these things were so expensive!

Installing the new jack was painless. I made sure both boards were clean during re-assembly, soldered the antenna jack back on, reinstalled the top board, soldered the rotary encoder back on, and used some rubbing alcohol to clean the display. I also ran a little alcohol over the button pads to ensure they were clean.

Once the radio was all back together, I plugged it in and made sure the radio voltage looked correct when powered on. I charged the new battery, and the radio was back up and running! After all these years, it's a real treat to be able to use it again. Now I just have to remember how to program all the memory channels in! 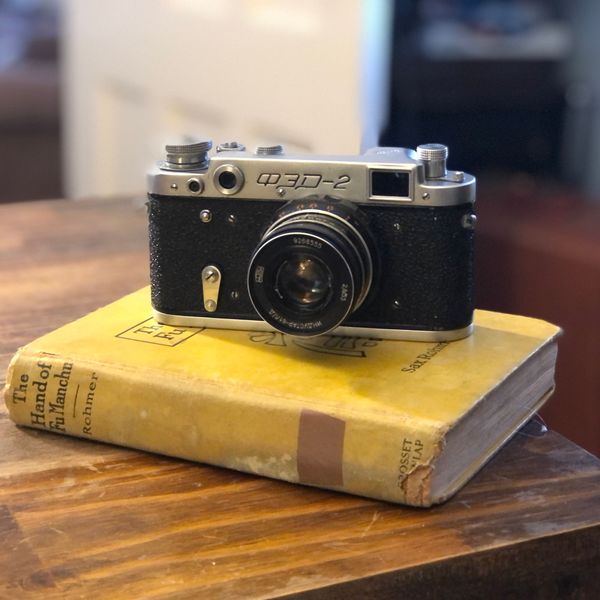